Happy New Year from everyone at the Moseley Railway Trust. It is promising to be a Big Year at Apedale, with the return to traffic of the Joffre loco, the first entry into traffic of the ex-Ghana Hudswell, further progress on the museum, and the Tracks to the Trenches mega-event in September. But the thing you’ve all been waiting for is, of course, the answers to the Quiz. We have had two winners – you know who you are, so well done Alan & David. The answers:-

1a) 9 3/4
b) Hogsmeade Station (for Hogwarts School)
c) Euston – JKRowling said that she had pictured the station as Euston, but actually wrote (in error) Kings Cross. Platforms 9 and 10 at KX are the undistinguished suburban platforms, so this does make some sense.

3) Trans-Europe Express. As an aside, the episode of Father Ted “Think Fast Father Ted” where four Irish priests impersonate Kraftwerk is probably one of the greatest TV moments ever. 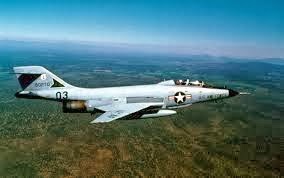 4) Chris Rea and Deltics. I am told that F88 is a reference to the name of another band  managed by Chris Rea’s manager, and involving musicians with whom Chris had collaborated. And not the predecessor the the F101 “Voodoo” as I thought.
5) The Fugitive

6) The Blues Brothers. If you don’t believe me, look for the scene where Carrie Fisher confronts Jake with an assault rifle. The 1950 film was “Union Station”.

7) Source Code. Explanations as to what on earth is actually going on welcomed.

10) Eric Lomax was a Japanese P.O.W. who worked on the Thai-Burma railway. Hence his involuntary employer was the Japanese government.