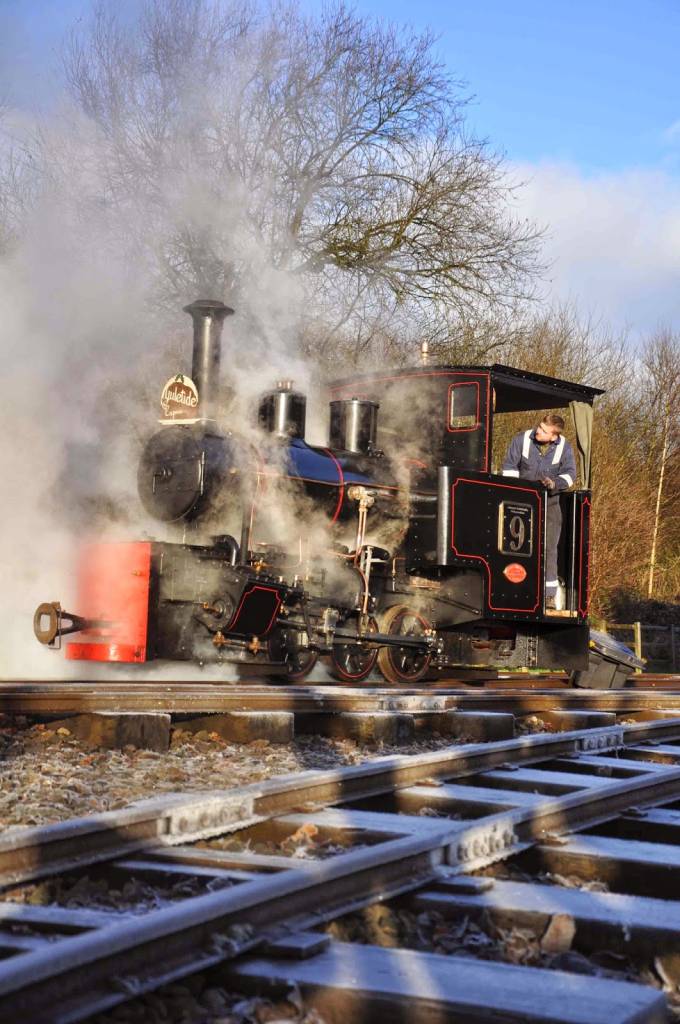 Santa has paid his first visit to the Apedale Light Railway for 2014. It all seems to have gone jolly well, with lots of well-laden trains and rather less presents left in the Grotto at the end of it all. The Hudswell steam loco has made its debut on this duty. It can be confirmed that the footplate – with no cab back – is a tad on the chilly side, especially towards the end of the day. Stanhope – all is forgiven! Fortunately, Santa seems to have been fairly forgiving, even to the Children who began “well, it’s like this – Santa, I can explain everything…..”- so all seem to have received a present in the end. Whether Santa will be so forgiving to the MRT Trustees remains to be seen.
Next Sunday – 21/12/14 is now sold out, but there are a few seats remaining on the Saturday 20/12/14 –  especially on the first and last trains. The book-ahead deadline has now passed, but the site here shows which trains still had space.
But remember – Sata has elves everywhere. You are being watched. Get in touch here and tell us if you are naughty or nice. 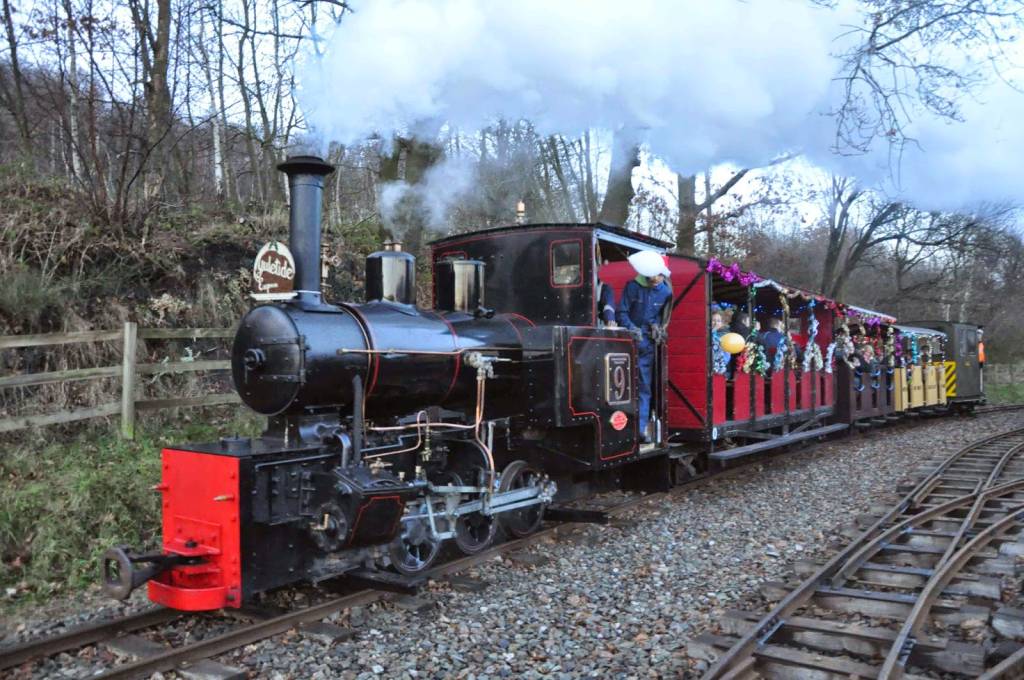